Improve Your Aim in Apex Legends

Apex Legends has set the gaming world alight. This free-to-play, battle royal shooter has grown so big in such a short space of time that it’s being talked about as a possible threat to Fortnite. Dethroning the game of the moment, Fortnite, would be an impressive statement from the game’s makers, EA.

But if you’re jumping into the game right now, you might be in for a shock. Such is the frenetic pace of Apex Legends that you barely have time to scroll through your armory before you’ve been sprayed by a full magazine from the VK-47 Flatline, one of Apex Legend’s most popular assault rifles. 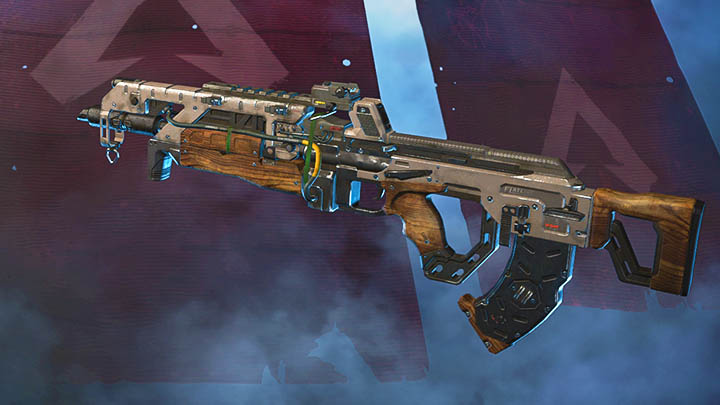 In this article, we’ll talk you through ways to improve your aiming skills for this blockbusting battle royal to learn some serious aiming skills and rack up those kills.

Why improve your skills?

Apex Legends is a battle royal game which means that much of your playing time is spent running around collecting loot, or Apex Packs, rather than blasting a few well-aimed bullets into the face of an unsuspecting enemy. 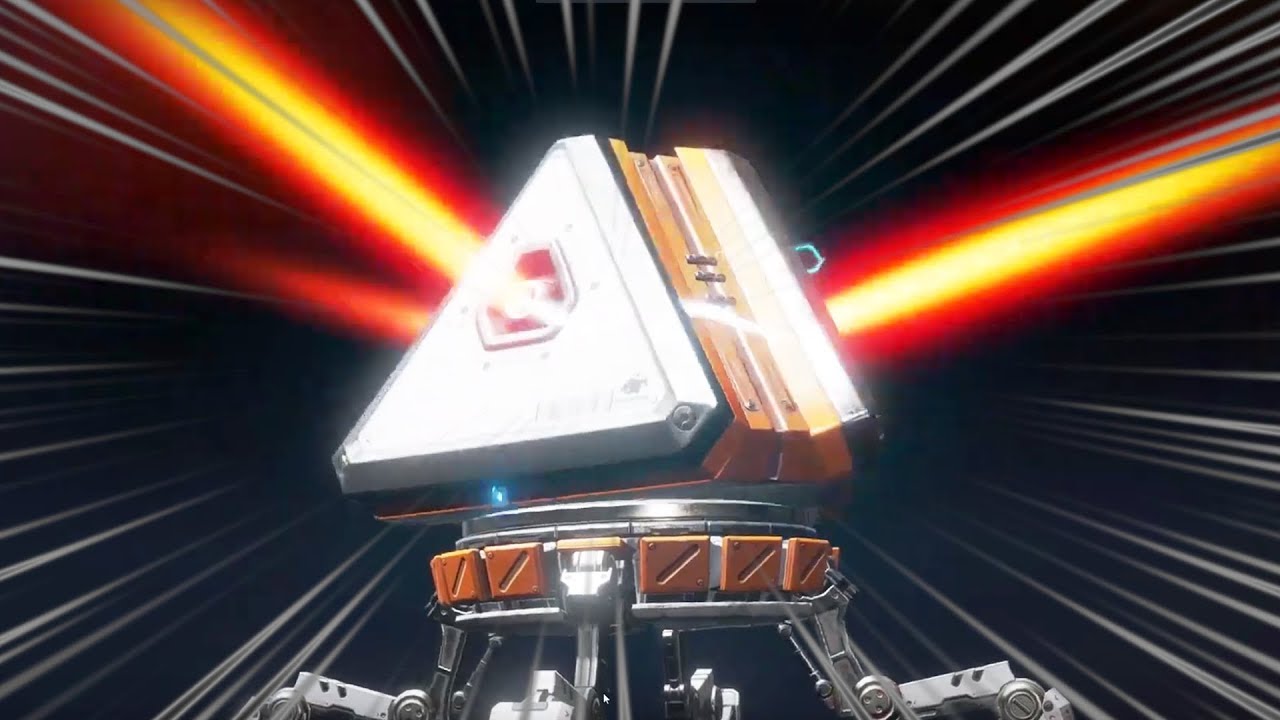 Because of this, you really do not have a great amount of time to practice your aim. The periods you spend shooting are few and far between and that makes it difficult for you to improve on your own. While Call of Duty’s emphasis on weaponry means that your trigger finger gets tired after a few short minutes, Apex Legends is very different.

And this leads to slow improvement. Your aiming takes a long time to improve because you don’t need to do it much. But aiming is still an integral part of the game, not only for your personal sense of victory but also to pick up points. And points mean prizes!

For this reason, dedicated aiming software is a real must for any serious player.

So here’s the thing. In Apex Legends, every weapon available uses hitscan rather than projectile forms of aim. Hitscan weapons are those weapons like a machine gun where bullets instantly hit their targets. Projectiles weapons are those including rocket launchers, where real-world physics are employed. They don’t tend to require as much practice in precision and are not as predictable in firing. We’ve spoken more about this important difference here.

The important part to remember is that because hitscan weapons immediately register their impact on the intended target, they can be used to the shooter’s advantage; those with superior speed in aim will always win. For this reason, the Flick and Tracking aiming methods are the best way to improve your aim and grab easy kills on Apex Legends.

Flick aiming is the art of flicking your crosshairs quickly and accurately to hit targets that might be moving erratically or have just popped onto your screen. This method is also known as “twitch-aiming” or “flick-shotting” and relies on unconscious muscle memory that must be built up over hours of studied practice - practice that is most quickly and efficiently performed with the help of aiming software. Flick aiming tends to suit high-powered weapons due to the one-shot ability – a well-placed bullet between the eyes can seal the deal. 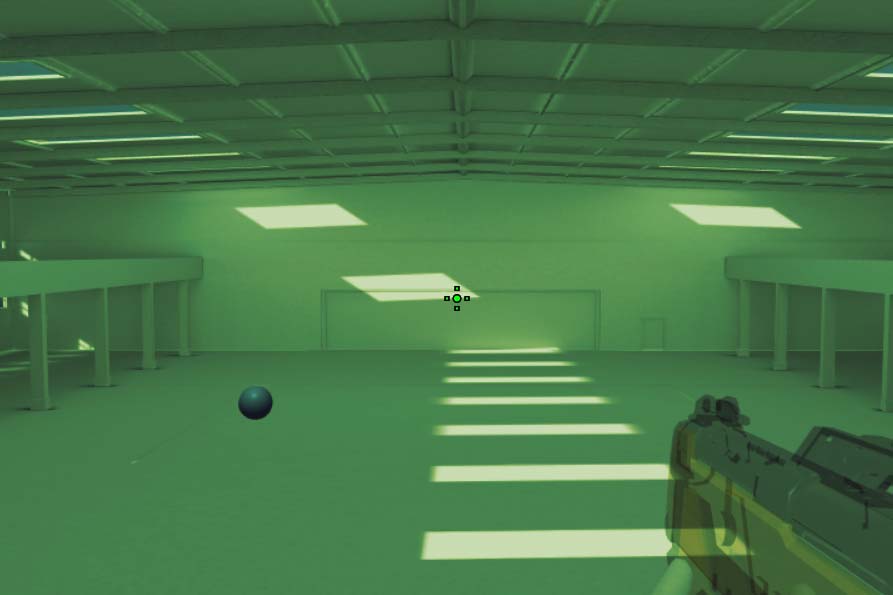 Tracking aim is the skill of following or tracking your enemy when they are moving with a certain speed in a predictable way. For example, if you are hunkered down in a building and are watching an enemy run across open land, you can “track” their movement with your crosshairs. You know that as they aren’t engaged in a fight and are travelling from Point A to Point B; their movement is purposeful. Therefore, you “track” the enemy and unload a clip into them. For this reason, tracking is generally suited to weapons with higher ammo capacity.

But tracking becomes particularly difficult when using guns with high recoil, like the Devotion LMG. Practice makes perfect here, as top-level players know the recoil behavior of their weapons and alter their fire accordingly. Again, only with practice can your skillset be built.

There are some modifications that you can use to help improve aim in Apex Legends.

Let’s talk frame rates. Your systems FPS (frames per second) will determine how many times the image on your screen are refreshed to produce a faultless, continually moving video.

By using the video options in Apex Legends to turn down or off any unnecessary video setting that is turned up and therefore slowing down your system, for example, high levels of graphic detail, your FPS will increase. This allows you to more accurately track opponents and get the kill. Updating your hardware drivers is key to this and defragmenting your disk (unless you have an SSD), will also help.

Most top gamers, including the professionals, will also optimize their set-up to ensure the highest level of control over their gaming behavior. A large mouse pad allows you to turn down the sensitivity of your mouse and increase your precision because you have a larger surface area to move over.

Similarly, a high-end gaming mouse provides higher levels of control and response to each of your movements.

While these changes cost money, the most obvious way to improve your aiming is through practice and repetition, using quality aim training software. We have already talked about the importance of a dedicated 3D aiming environment.

The purpose of practice is to increase muscle memory through continued repetition of the same movements. While simply playing Apex Legends will eventually help to improve your aim, this is more a form of “mindless” practice that is not systematic and purposeful. Aiming trainers are a form of “deliberate practice” that helps fine-tune one single skill: aiming in Apex Legends.

Using aiming trainers are the most efficient and direct way of guaranteeing an improvement in your aiming and therefore your overall gaming abilities.

With the aim trainer at Aiming.Pro, you can first make a Skill Assessment before moving onto the Skill Builder.

Apex Legends is the game of the moment and looks likely to continue building on its momentum. For serious gamers, or simply those who want to compete in the ring and begin to build some serious online reputation, there is no better way to improve your aim than with the use of quality and well-designed aiming trainer software.

While there are various small changes you can make in-game, and a selection of other real-world changes that can be made by spending money, training software gives you hands-on practice that will see you aiming more accurately and more quickly in Apex Legends and other gaming situations. And it doesn’t cost!