Solved: How Does Crosshair Placement Impact Time to Kill?

The average FPS gamer spends far too much time staring at walls and empty spaces — locations where the enemy will never be. The closer your crosshair is to the target’s expected location, the quicker you’ll get a hit. Ideally, you want them to place their head right in your crosshairs. That’s the kind of logic that is hard to argue with!

Crosshair placement takes attention, though, and gamers already have a lot to focus on. So we wanted to know how much your crosshair position matters and just how close is good enough.

In this study, we quantify the impact of crosshair placement. We’ll show how important the position of your crosshairs really is and how you can use that knowledge to up your kill count.

The results show that excellent crosshair placement reduces time to kill by 80-100ms. This is absolutely massive in FPS gaming and definitely can mean the difference between getting the kill or being sniped before you can get your shot off. Going from no thought on placement to average crosshair placement can half your shot time. Read the article below to understand the methodology and gain deeper insights.

This article is part of Solved — our science series in which we investigate how players can improve their aiming performance. We use data collected from millions of games and run experiments in our bespoke aim training environment to offer you exclusive insights and answers to all your aiming questions

What Is Crosshair Placement?

A major challenge in crosshair placement is finding likely enemy positions. Once you’re experienced on a particular map, you’ll gain an understanding of exactly where enemies are likely to be and what height their heads will be at. You’ll gain a huge advantage from that knowledge, so you should be always trying to discover and memorize these locations.

Holding position near Short A

We’re watching Short A, but for some reason we’re aiming at the wall. That’s what happens when you aren’t paying attention! 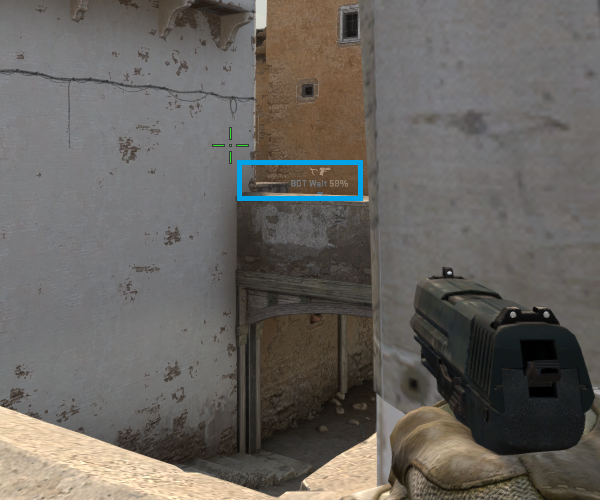 In the second screenshot, we’re doing a better job, but we’re still aiming above where the enemy’s head will be. 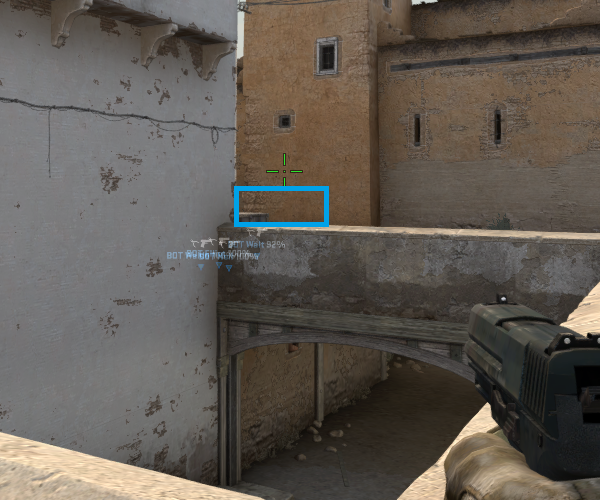 This example is simple, but it highlights the key point: crosshair placement matters. There are tons of online resources that can help you figure out where to put your crosshair, how to peek, and how to hold angles. These are all crucial skills that are well worth studying. The experts are already using those guides, so you should, too.

We created a drill that involves a series of targets. Each target has 1 health, so a single shot can destroy it. During the main drill, the distance between targets starts small and increases by 30% every 6 seconds. Each drill lasted one minute, so that’s a total of 10 different distance intervals. As we’ll discuss later, though, we only used 8 of those intervals in the final analysis.

We wanted to avoid any bias from players improving over time or experience fatigue. The easiest way to solve that problem was to create a second, reversed drill. The reverse drill uses the same distances as the main drill, but the distance starts at the maximum and decreases as the drill progresses. If the reverse drill shows the same results as the forward drill, we can be confident that the effects we are seeing are not due to players improving or getting worse over the length of the drill.

This next image shows how the target spacing looks. Of course, in the actual drill, targets don’t appear in a straight line like that.

The key metric we wanted to analyze is how long it takes players to hit targets at each distance. We analyzed the performance within each of the 6-second groups to see how many targets were successfully destroyed and then calculated an average time per target within each group.

Both of our drills accidentally doubled the distance jump at the 18 s mark. Instead of the next distance being 130% of the previous one, it was 130% * 130% = 169%. That’s fine, though, as the results are still valid for our purposes. Fortunately, our analysis doesn’t require a smooth increase!

We expected that players would take longer to hit targets at longer distances. Based on previous research (more on that below), we specifically predicted that the time to hit a new target would increase exponentially with the exponential increase in distances.

This is your last chance to think about your own hypothesis before we show you the data. When you’re ready, we’ll look at the results together. 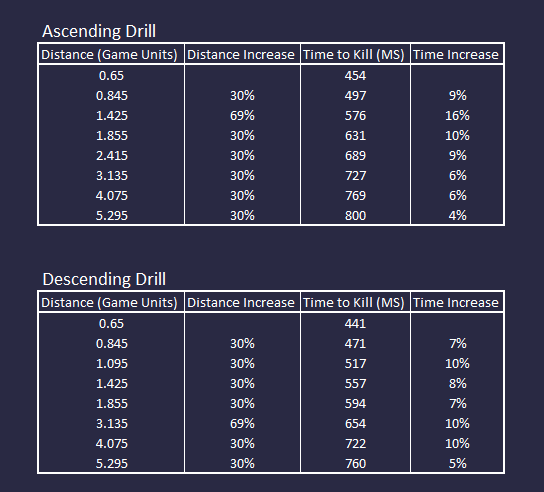 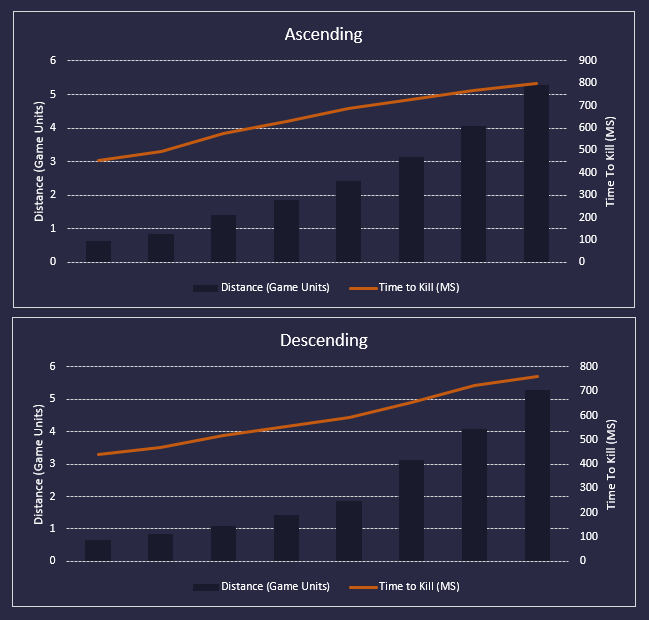 The trends from both the forward and reverse drills are very similar, which is a good indication that we can ignore any other concerns about players’ performance naturally changing over the time of the drill.

Comparison to Prior Research

Haven’t the scientists figured all this out already? They sure have. In 1954, a psychologist named Paul Fitts identified Fitts’ law, which determined the relationship between time, distance, and size for hitting a target by moving something with your hand. This was further refined with the Shannon formulation.

Our small results set shows a linear trend in time (which is equivalent to difficulty in Fitts Law) as the distance is exponentially increasing. The Shannon formulation suggests we should see an exponential increase. There are a few possible explanations for this disagreement.

We’re certainly not ready to claim that we’ve overturned years of academic research, so the linear trend is probably either due to the small distances we’re analyzing or a plotting error.

You bet it does! The smaller distance groups in this study are especially relevant to the typical FPS match. These distances are typical of the amount of movement you’ll save by making an effort with crosshair placement. Our results show that good preparation and crosshair placement can readily shave 80–100 ms off your shot time.

Typical FPS players have reaction times around 300ms. That means mediocre crosshair placement can add 30% to your shot time. If you’re so far off that you’re aiming at a wall or the floor, you could be almost doubling your shot time! That’s plenty of opportunity for your enemy to get off a shot while you adjust.

Professional players can get their reaction times under 200 ms and sometimes as low as 100 ms. At those levels, an extra 100 ms is absolutely unacceptable. Mastering crosshair placement is essential if you ever want to compete in the big leagues.

Always think about your crosshair placement — when holding angles, when peeking, and when even when moving. Learn exactly where and at what height enemies are likely to appear and have your crosshair ready to blast them. You won’t regret taking the time to practice this crucial skill.