Your best score in each game is used for the assessment so don't worry about losing a great score.

Once you've completed the assessment you'll receive a score representing your global percentile. This is how you compare to the population of players who've also completed the full assessment.

Keep playing and practicing each game to improve your ranking.

Use the postgame feedback and analysis to find specific areas to improve and then play a training game focusing on that area.

From time to time we'll alter (improve!) the skill assessment as we introduce new modes and optimise the process.

*Metrics are based on mouse movements in relation to targets. In the case when there are multiple simultaneous targets the "acquired" target is the one destroyed / nearest the shot. In some cases it's not possible to determine a target, these shots are ignored in the metrics requiring mouse path information.

Mini Performance Charts: Shows player performance vs player skill group lower and upper quartile and best skill group lower and upper quartile. Use these to determine which aiming metrics are out of sync with other players to find areas to train. In the example below you can see the player is under performing in number of shots vs their skill group, and way under vs the top skill group, however on accuracy they are looking good. This suggests player needs to work on speed.

Recent Performance: Targets Destroyed, Accuracy and Target Lifetime trends for this game mode. Click legend to bring metrics into focus. See how changes in accuracy and target lifetime (proxy for speed) impact targets destroyed. In the example below 'Targets Destroyed' is the metric in focus. Clicking the tabs above would bring another metric into focus. This player's best targets destroyed score coincided with the lowest target life time - something to think about! 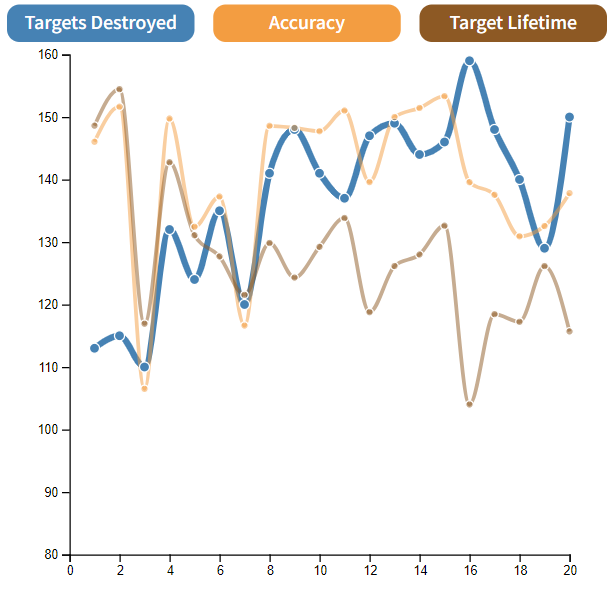 Octant Accuracy: Measures accuracy split between the direction of movement towards target (previously was target location vs centre point). The value shows your accuracy and the value in brackets is vs population average. Colouring is based on performance vs population averages. It's possible an octant with higher accuracy will show worse colour performance because overall population performs better on that octant vs another. If some octants look like particular issues go to the specific directional training games for focused practice. In the example below the player appears to be performing worst left / up+left, they should go practice in those directions. 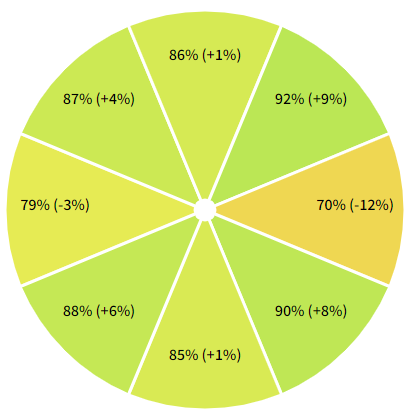 Shot Scatter: Shows shots in relation to target. All shots are normalised for target location and size. Blue shots show misses, black are hits. There are a few misses inside target image and vice versa. This is due to target rotation in game (they always face directly towards player). You can use the octant selector to filter results for movement octants. Use this to see how your aiming performance varies by direction. In the example below only the left/left+up/up octants are selected, and there appears to some bias aiming up and left (more misses, but also more hits in that target area) - this suggests player may have some overshooting tendencies in that direction. 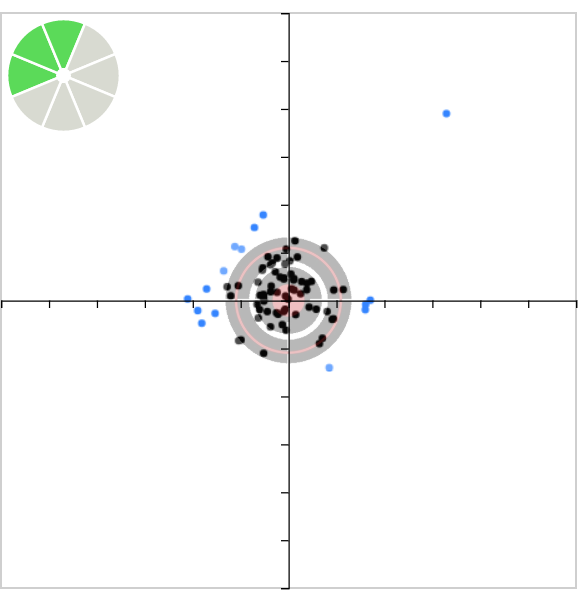 Initial Movement Angle: Shows the initial movement angle for each shot fired, normalised to a vertical target position. Use this to check your movement patterns. Improve movement efficiency by immediately moving towards target. In the example below most shots (the black lines) are close to vertical implying showing decent performance, however there are a selection of lines showing movement around 90degrees to target and then a few almost 180degrees away from target suggesting still room for improvement. 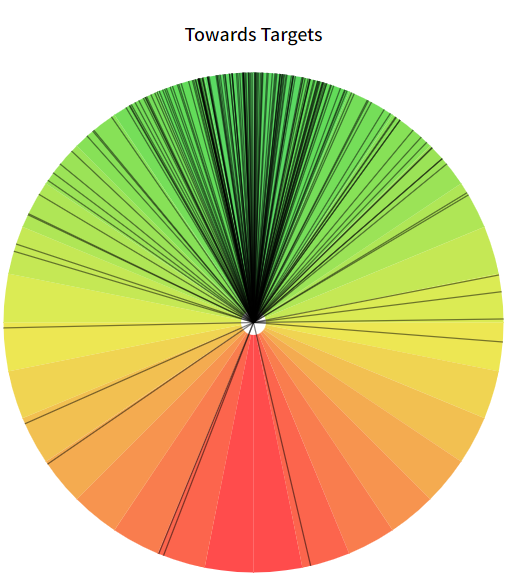 Under / Over Shoot: Analysis of missed shots showing tendencies towards over shooting (e.g. moving passed the target before firing) or under shooting (firing before getting to the target). Split by movement direction to check if under / over shoot tendencies occur in specific directions of movement. The size of the bar represents your bias towards under or over shooting, it does not show how far away you are aiming. In the example below the player has a small amount of bias in most octants, however there is a large undershoot bias in octants 7 & 8 suggesting that when the player is moving down / down+left there is a mechanical aiming issue. 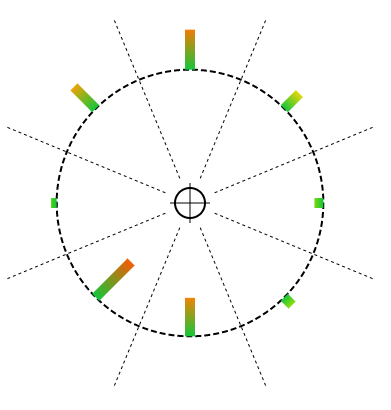 Shots Fired : Shows how a metric varies across each shot fired in game. Select a metric from the drop down to see the trend. Green bar shows hits and red shows misses. Determine if, for example, you speed up / slow down etc throughout a training exercise. If you're a slow starter make sure you thoroughly warm up before getting into a 'proper' game. 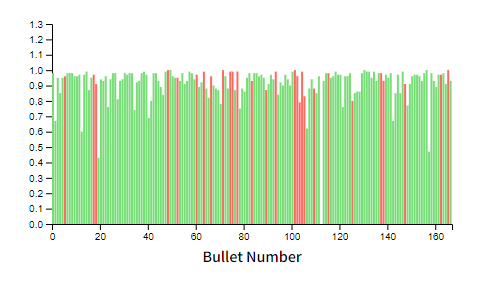 If you've got any questions ask on discord and we'll be happy to help.